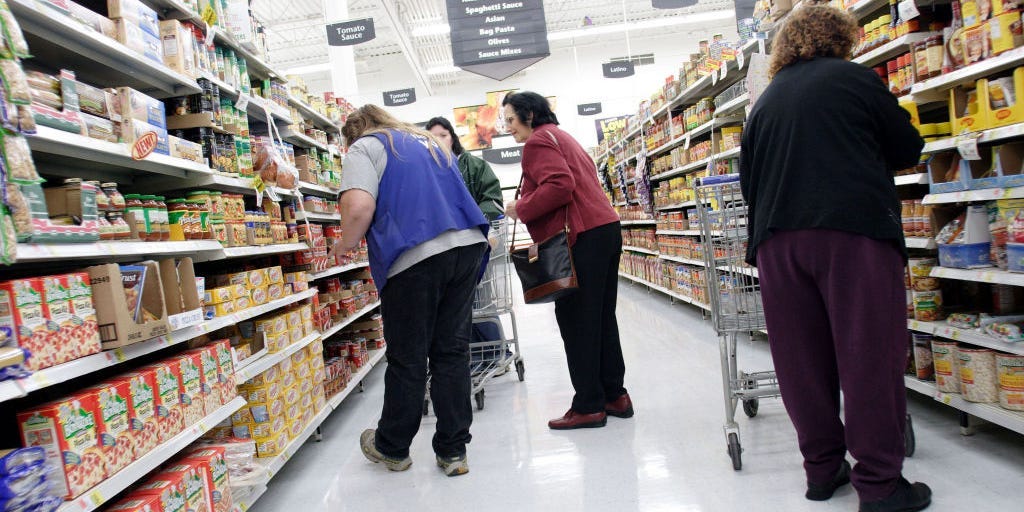 Walmart shoppers are looking for beans instead of meat for lunch, the company said Tuesday, in the latest sign that inflation is hitting low-income consumers the hardest.

While Walmart’s average customer is an educated suburban woman, the chain also historically caters to low-income shoppers. When inflation started to soar, the company even saw sales increase, due to its penchant for deep discounts. But as prices continued to soar, Walmart began to deal with its own customers erasing items from their shopping lists or swapping some purchases for cheaper substitutes.

“Instead of maybe buying deli meats or beef, they’re moving into things like canned tuna, chicken and even beans,” Walmart chief financial officer John Rainey told investors. “We see the same thing in quantity, where they sell for smaller, more affordable packs. So instead of buying 12 items, buy six items in a pack.”

In June, the inflation rate hit 9.1%, a 40-year high. Since then, prices have started to cool down somewhat. In July, prices rose just 8.5% year-over-year, marking the end of the trend of month-over-month peaks. Yet continued inflation has made many Americans feel dramatically poorer every time they go to the grocery store or the gas pump.

Fuel proved to be an increasingly expensive necessity over the summer. Staples like eggs, beef and pork have also seen their costs rise. In June, the price of beef jumped 4.5% month over month, while eggs rose 3% and pork 3.1%.

But these high prices are not borne equally by everyone. Rising prices have particularly hurt low-income, middle-class people, as opposed to their wealthy counterparts. Thousands of citizens have fallen below the poverty line in 2020, and experts have expressed concern that ongoing inflation could make matters worse by triggering a recession.