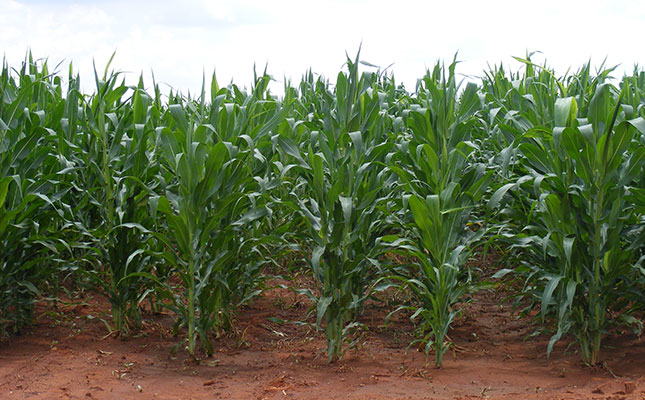 Despite today’s high commodity prices, farmers need to be careful when spending money this year.

Maize yields are a good barometer of overall crop performance, and projections for maize have improved slightly from the 14.53 million tonnes forecast in early 2022 to the 15.02 million tonnes currently forecast, according to Paul Makube, Senior Agricultural Economist. at FNB Agribusiness.

While the expected harvest was slightly lower than the previous season, volumes were still well above the historical 10-year average, and given that domestic consumption generally averaged around 11.8 million tonnes , “there would be a healthy surplus to export”, he said.

“There have been signs of a slight economic respite in terms of moderating global food inflation and lower fuel prices, but it is still too early in the current inflationary cycle to tell whether these events mark the end. of the upward trend. [in price increases].

“Additionally, there is a significant lag before inflationary trends trickle down to the industry, so margin pressures are likely to continue for some time to come. Farmers would therefore be well advised to temper their optimism. with a good dash of realistic expectations and exercise caution as we enter the new planting season,” Makube said.

Dawie Maree, head of agricultural information and marketing at FNB Agribusiness, agreed: “Cautious spending is probably the best policy for everyone in agriculture right now, as we enter a cycle of rising rates. of interest.

Maree was quick to add that this does not mean farmers should not invest in the future of their operations, explaining that they should do so in a measured way.

“Buy with cash if you can and ensure that you will be able to pay the repayments if interest rates were to rise when using financing.”

In short, he said, “focus on good debt, which is debt used to keep your business or farm going, not good or dead assets, such as beach houses, while focusing on cost containment where possible.”

He stressed that farmers also need to know their limits: “Don’t buy the most expensive tractor with the best technologies, if the size of your farm doesn’t justify it.

And, save money to create a financial buffer when conditions turn less favorable, as they eventually will due to the cyclical nature of farming, he added.

Maree pointed out that inputs for the upcoming summer season will be significantly more expensive than they have been in the current season, and pointed out that commodity prices may not stay at current high levels.

Various savings solutions were available from banks and businesses, including 24-hour cash investments and stock options, he said.

Maree advised farmers to seek the help of a financial adviser to help them create a savings or investment portfolio that meets their individual needs.

Andries Theron, farmer from the Swartland region and vice-chairman of the Canola Specialist Committee, said that despite the current trend in wheat prices above R7,000/t, farmers in the winter rains region were facing a very difficult season.

“Dry weather conditions have turned this year into a year of survival for most farmers in Swartland and the Southern Cape [regions]. There will be no money to invest in new technologies and new tools. This year, farmers will have to do everything they can to try to keep what they have. »

He added that the outlook for the upcoming summer rainy season was also not “so bright, as wet conditions, associated with the La Niña weather phenomenon, are expected to recur in the coming season.