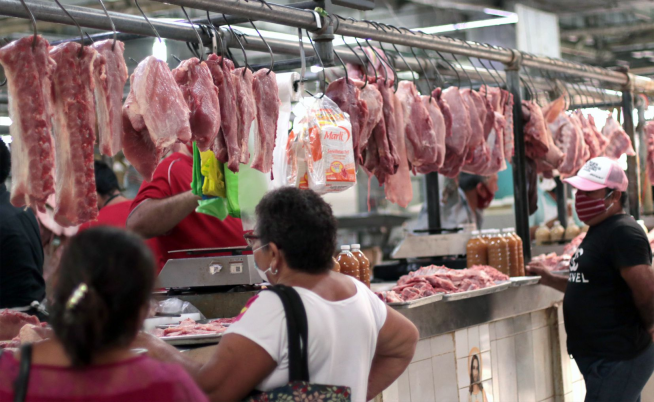 The president of the Federation of Agronomists of YucatÃ¡n, Francisco MartÃ­n Gamboa SuÃ¡rez, stressed that in recent days, the price of a kilo of corn has increased from 3 to 9 pesos; a ton of chicken manure costs 600 pesos and now it costs 1200 pesos; whereas the kilo of molasses oscillated between 5 and 6 pesos, and now it is at 9 pesos; a kilo of soybean paste cost 7 pesos and now it is 11 pesos.

“The high cost of these products is due to the fact that we have no production in the state and in the country, everything is imported, and the federal government has not opened the windows to be able to process productive projects and that the population can access it.

They ask for help from governments

“We need state and federal authorities to analyze what is happening in the country and the state, as it has an impact on the price of the basic food basket, and families are already feeling it, especially right now among those who still suffer from the coronavirus. pandemic, and the economic situation is worsening â€.

Gamboa SuÃ¡rez explained that they are reviewing costs statewide to request the intervention of the corresponding authorities.

“We regret that we are not self-sufficient in terms of food, it is obvious that this subject is no longer in our local dictionary, which is tragic because the fact of importing corn, soybeans, and other inputs generates this sharp rise in prices. A program is urgently needed to reactivate the agriculture and livestock sectors of Yucatan so that we can produce the food we consume the most, â€Gamboa SuÃ¡rez said.