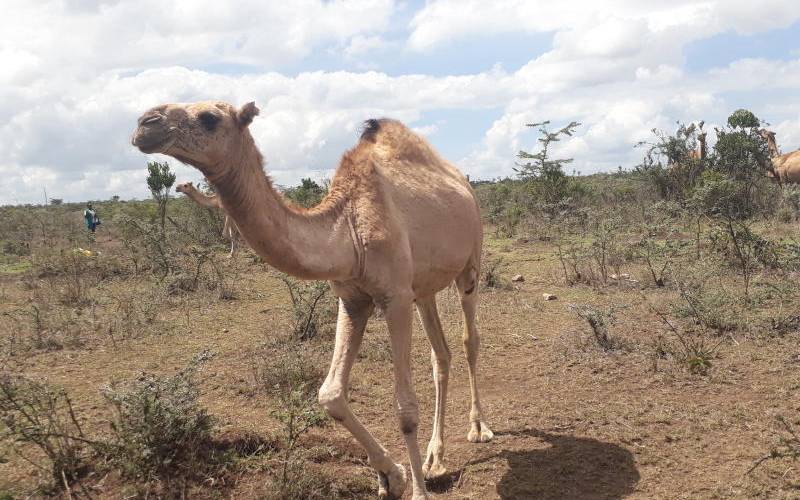 A decision by the national government to buy cattle from pastoralists in Laikipia County as part of its adoption program has saved pastoralists from suffering huge losses as drought continues to ravage the region.

He said another 400 animals had been purchased from locals by the Kenya Meat Commission (KMC) as part of the ongoing breeding program.

“This is one of the projects that benefited the pastoral community to cushion them during the drought,” Golisha said.

He said national and county governments continue to provide water, food relief and fodder to affected areas to alleviate the effects of the drought.

Farmers in at least four constituencies in Laikipia County have also missed the planting season due to recent clashes over pastures.

He said the insecurity caused by pastoralists in neighboring counties would translate into food insecurity in Laikipia.

In Nyeri, the short rains recorded from October, November and towards the end of December and the beginning of January helped to alleviate the drought in the vast district of Kieni.

Kieni constituency is considered a semi-arid area prone to drought and food insecurity.

A December report from the National Drought Management Agency (NDMA) on the region indicated that vegetation cover regeneration was noticeable in all areas.

“Access to water for domestic use and livestock improved in December compared to previous months,” NDMA reported.

Precipitation was above normal and above the distribution in time and space.

The NDMA also reported that the purchasing power of households in the areas improved compared to previous months.

Access to water for households and use of livestock has improved as water sources such as rivers, springs and boreholes have been replenished by the rains.

“During the month under review, households harvested rainwater and rivers flowed normally,” part of the report reads.

Elizabeth Korir from Wangwachi village in Laikipia, west of Baringo County, said she had lost more than five head of cattle to the impact of the drought.

She said the area’s drought forced many residents to sell their animals at a disposable price.

“The KMC came too late to buy the cattle, but at least we managed to sell the five animals that were left in the boma,” Korir said.

Suleiman Muchai, a resident of the Dol Dol region in Laikipia North, said his family pocketed Sh 78,000 from selling animals at risk of dying at KMC, and hopes the rest will be slaughtered as part of the planned exercise that has not yet been announced.

He said the pastoral community should embrace the modern tradition of stocking a few animals instead of keeping herds they won’t manage.

“Lessons learned from the agricultural expert include reducing our herds to a manageable number to enable them to survive during the drought season,” Muchai said.

He added that there are a number of camel herders who have invaded the area in search of pasture for their animals, a reason that could lead to violence.

“The county and the national government should work to prevent immigrants from entering Laikipia, as they are the main cause of violence,” Muchai said.