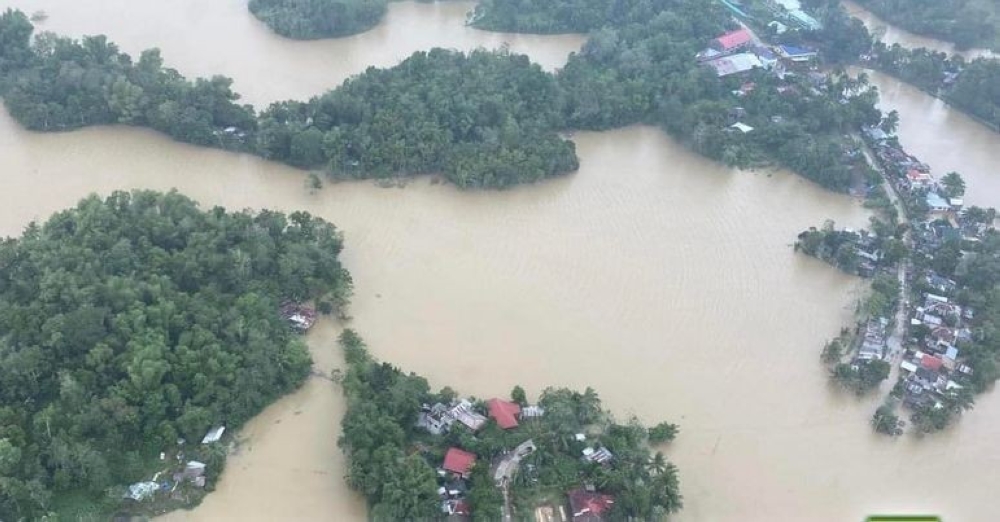 The Region 6 Civil Protection Office conducted an aerial inspection of the devastation caused by Typhoon Paeng in several areas of the Western Visayas, including Negros Occidental. (Philippine Army Photo)

APPROXIMATELY 104 million pesos of livestock, crops and fish products were destroyed in Negros Occidental during Typhoon Paeng’s onslaught over the weekend, affecting thousands of herders and farmers.

The greatest loss was recorded in the livestock industry, where the total number of farm animals was lost and facilities were damaged in the towns of Cauayan, Hioba-an, Murcia Pontevedra, Pulupandan, San Enrique and Valladolid, as well as in the cities of Bago, Himamaylan and La Carlota. reached 1,012,180 pesos, according to a report from the provincial veterinary office.

The destroyed rice and high-value crops were valued at 103,123,017 pesos representing 4,939 hectares in the towns of Calatrava, Cauaya, Hinoba-an, Moises Padilla, Pontevedra, San Enrique and Valladolid, reported the provincial office of the ‘agriculture.

He added that crops were also destroyed in the cities of Bago, Cadiz, Escalante, Himamaylan, La Carlota, Sipalay, Sagay, San Carlos and Talisay.

While the province and the whole country have yet to recover from the devastation of Typhoon Paeng, Tropical Storm Queenie with the international name Banyan entered the Philippines area of ​​responsibility around 3 p.m. yesterday.

With this, the Provincial Disaster Management Program Division (PDMPD) urged the public to monitor the latest weather report, be alert for rain showers and isolated thunderstorms and move to safer locations if they experience near banks or shores.

“Don’t try to cross strong currents in weirs, rivers and streams; be vigilant, especially in areas prone to flooding and landslides and listen and obey the preparedness advisory to avoid unnecessary deaths due to our complacency and recklessness,” the PDMD said in its advisory.

As for local risk reduction management councils, they are reminded to monitor and ensure that waterways are not obstructed

and debris; review their contingency plans and report any untoward incidents or evacuations to the provincial command centre,

They are also responsible for mitigating possible risks in their area of ​​responsibility and for carrying out preventive or compulsory evacuation, if necessary.