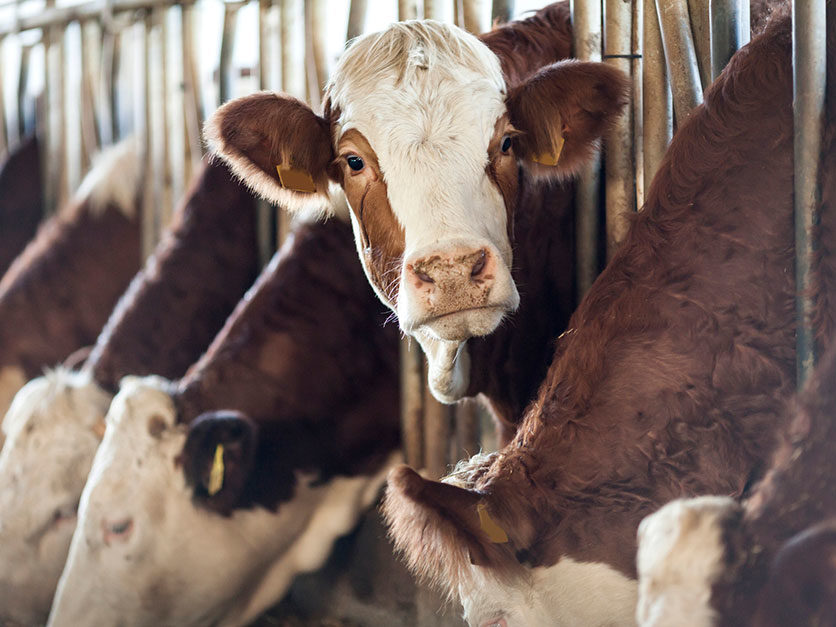 Livestock industry leaders joined producers and government officials in a virtual forum on Tuesday to examine the question of how animal agriculture can sustainably feed a growing world.

The forum, co-sponsored by Elanco and Agri-Pulse, led to a discussion on the role animal agriculture can play in reducing greenhouse gas emissions while continuing to feed a growing population. He came ahead of next week’s United Nations Food Systems Summit, which will bring together government officials from around the world to reflect on the same issues.

“This allows our industry to sit down at the table so we can show how we can play a vital role in reducing obesity, increasing people’s access to protein when hungry, while cooling the climate.” over the next nine years, ”Jeff Simmons, president and CEO of Elanco Animal Health, said at the forum. “Frankly, I think our data shows and science shows that the only way to do it is with methane. And we have a bigger impact on that than anyone else.

Simmons noted that animal protein is currently among the most consumed commodities in the world. However, cattle rearing has been attributed as a factor in climate emissions due to the methane emitted by animals. According to the Environmental Protection Agency, manure from domestic livestock accounted for 9% of U.S. methane emissions in 2019.

“Agriculture, in general, contributes to climate change and animals, in some cases, have also been called out as contributing to climate change,” said Agnes Kalibata, United Nations Special Envoy to the Food Systems Summit, during the event. “We have to meet this challenge – we can’t just walk away from it. “

At the next Food Systems Summit, she wants to see leaders and important actors in the private sector look for ways to cooperate to tackle both hunger and climate change across the world, as well as equity and the problems caused. by COVID-19. She said that while animals cause some of the problems associated with climate change, they can also be part of the solution.

“There are ways to deal with some of the products from animals that can definitely impact the impact on the environment,” she said.

Later, she added, “For me the problem is that we look at science, we look at innovation, but we also look at the realities of the footprint. If companies can demonstrate that they can actually reduce their footprint, then we need to work with them to reduce that footprint.

A few producers explained how they were trying to reduce their environmental footprint. Mike McCloskey, co-founder of Select Milk Producers and owner of Curtis Creek Dairy Farms, said the dairy has put in place a number of measures to reduce its carbon footprint.

Curtis Creek collects all of its cow manure and has enough digesters to generate electricity to power the farm. He also said the cows on the farm are being raised to be more efficient in feeding and emitting less methane.

“When you start adding all of these things… you can start to think of animals that produce 70% less methane,” he said.

Several companies and organizations have announced sustainability commitments and targets to achieve reductions – or even neutrality – in their greenhouse gas emissions at various times over the coming decades. Simmons urged virtual conference attendees to recognize the value of protein production in diets around the world and to recognize the potential emission reductions available in the production of meat, milk, eggs and fish.

“We have to be offensive, not defensive,” he said, “because the world needs what we have more than ever.”