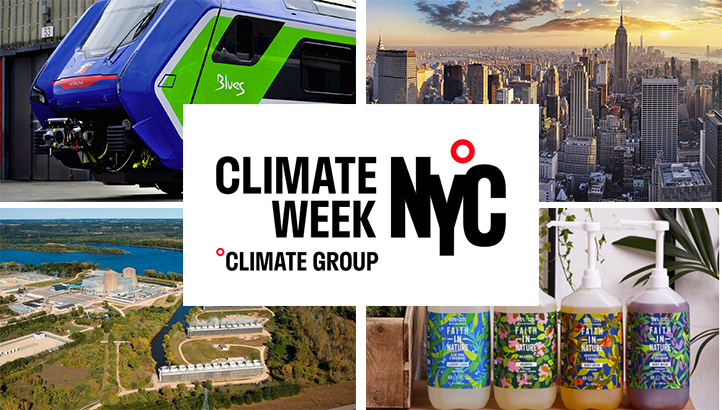 Since Monday, September 19, thousands of representatives from politics, business, science, academia, thought leadership and the third sector have attended events virtually and in person as part of Climate Week NYC.

The event, orchestrated by The Climate Group, has been held annually since 2009 and coincides with the United Nations General Assembly. It is one of the largest and most attended climate events of the year involving the private sector.

To help wrap up this whirlwind week, edie is pulling together all the key announcements coinciding with this event, breaking them down according to the pillars of our Mission Possible campaign.

© Faversham House Ltd 2022 edie news articles may be copied or transmitted for individual use only. No other reproduction or distribution is permitted without prior written permission.