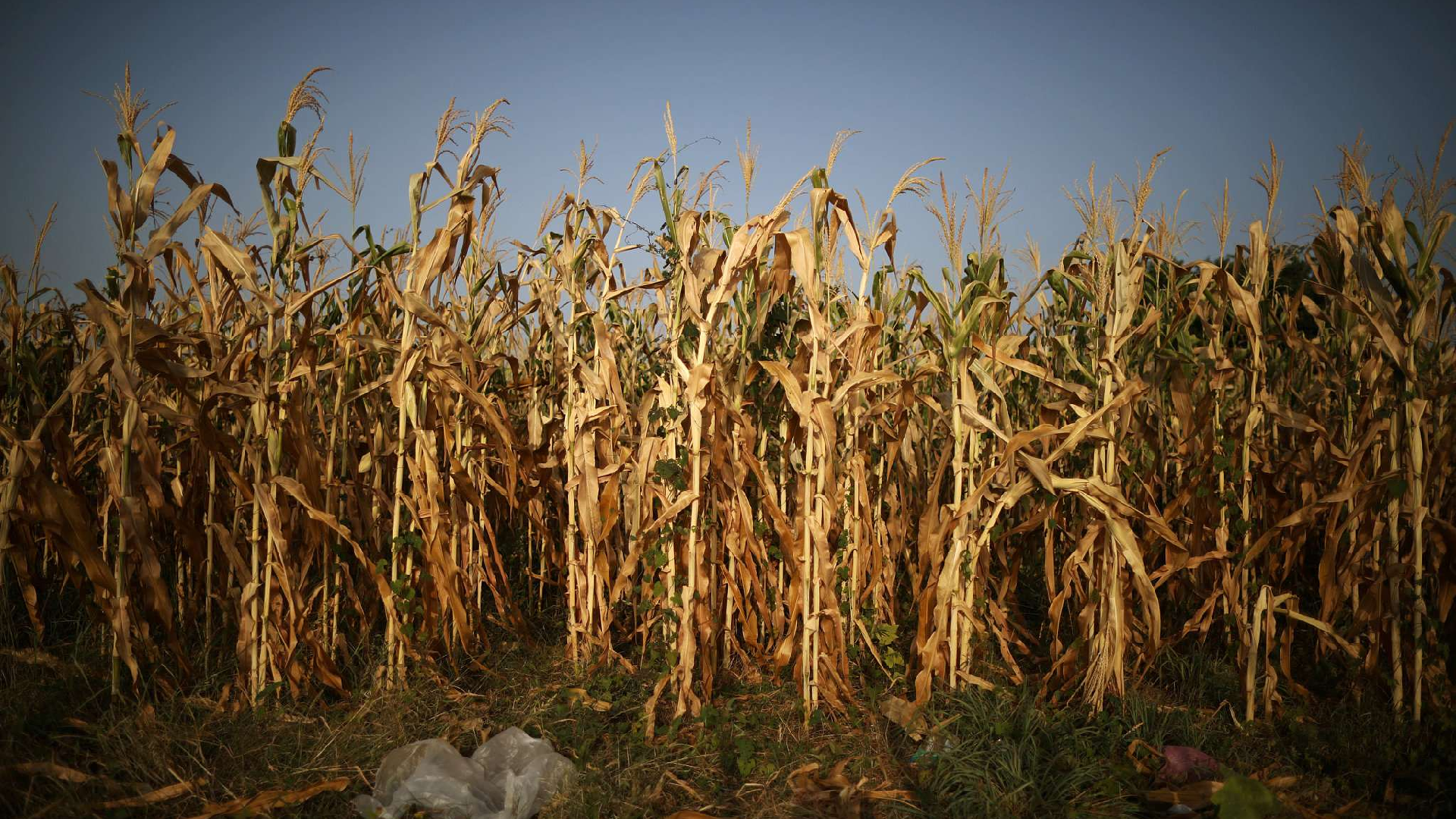 Maize plants are seen at a drought-affected farm near the city of Tecoluca, El Salvador, July 25, 2018. / VCG

Maize plants are seen at a drought-affected farm near the city of Tecoluca, El Salvador, July 25, 2018. / VCG

Editor’s Note: Maximo Torero is Chief Economist of the Food and Agriculture Organization of the United Nations. The article reflects the views of the author and not necessarily those of CGTN.

In 2015, 193 countries gathered at the United Nations and pledged to end world hunger by 2030 as part of the Agenda for Sustainable Development. With less than a decade to go, the prospects for reaching that goal look bleak. To improve them, governments and the private sector will have to deal simultaneously with the global food and environmental crises.

Food insecurity has increased in recent years due to conflict and climate change, as well as the COVID-19 pandemic and the accompanying global economic crisis. Today, up to 811 million people suffer from hunger, including an additional 132 million who were classified as undernourished during the pandemic. Another three billion people are too poor to afford healthy food.

Efforts to fight hunger have traditionally focused on producing more food, but this has come at a high environmental cost. Agriculture uses up 70 percent of the world’s fresh water and 40 percent of its land. It has contributed to the near extinction of around one million species. Food production generates 30 percent of global greenhouse gas (GHG) emissions and is the main cause of deforestation in the Amazon.

Policymakers seeking to end hunger today are therefore faced with a difficult dilemma: to prevent billions of people from going hungry while saving the planet. For example, a fertilizer subsidy could increase crop yields and reduce hunger, but it could also lead to excessive nitrogen use, thus ruining the soil.

Likewise, cattle and rice farms emit methane, a more powerful GHG than carbon dioxide. The most effective way to reduce methane emissions is to tax them. But it would lead to higher food prices, affect poor consumers’ access to nutrition and threaten the livelihoods of farmers and herders.

Countries therefore need to establish an optimal level of environmental pollution that does not reduce agricultural productivity or compromise the social and economic well-being of the poor. We need a solution that feeds the most mouths without putting the planet in danger.

Finding a workable plan requires looking at food systems holistically – a major change from the current silo approach. To avoid unintended consequences, it is essential to quantify any compromise with the data. And turning data-driven strategies into action requires a coordinated effort to spur public and private investment.

No single intervention can solve the problem of hunger alone. But studies suggest that a set of key measures to increase agricultural productivity and reduce food loss and waste could reduce the number of chronically hungry people by 314 million over the next decade, and also enable 568 million people benefit from healthy diets. Expanding countries’ national safety nets, including school feeding programs, could give an additional 2.4 billion people access to healthy diets by 2030.

Another study shows how a range of low-cost initiatives can end hunger for 500 million people by 2030 while limiting agricultural GHG emissions in line with the goals of the 2015 Paris climate agreement These initiatives include agricultural research and development to produce food more efficiently, information services that provide farmers with weather forecasts and crop prices, literacy programs for women – who account for nearly half of them. smallholder farmers in developing countries – and strengthening social protection. 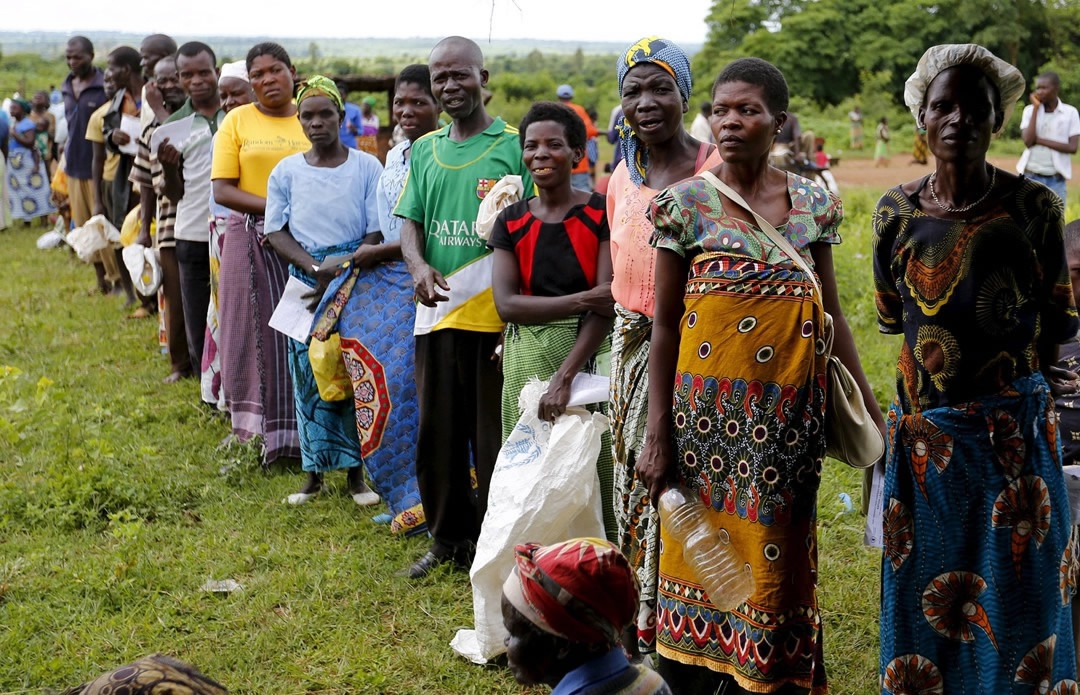 Malawians line up to receive food aid distributed by the United Nations World Food Program in the village of Mzumazi near the capital Lilongwe, Malawi on February 3, 2016. / VCG

Malawians line up to receive food aid distributed by the United Nations World Food Program in the village of Mzumazi near the capital Lilongwe, Malawi on February 3, 2016. / VCG

This can be accomplished if rich countries double their food security aid to $ 26 billion per year through 2030, and the poorest countries maintain their annual investment of $ 19 billion.

Automation can help manage the trade-offs between food production and environmental protection. For example, “AgBots” which look like small farm vehicles can identify and remove weeds. Because they don’t use expensive chemical herbicides, robots can reduce the cost of weeding by 90% and protect the soil from potentially harmful chemicals.

Likewise, artificial intelligence and cloud solutions can detect pest infested areas using drone imagery. The data collected can help guide farmers’ decisions on irrigation, planting and fertilization, and indicate the best time of year to sell a given crop.

Governments now need to work with the private sector to make these high-tech precision farming systems available at lower cost, especially for smallholder farmers. The good news is that private companies are increasingly concerned with promoting sustainability, including through “blended finance” programs, which combine initial investment from governments or multilateral financial institutions with subsequent trade finance. This type of approach can effectively reduce the risks of private finance and encourage investment in improving food systems.

For example, the US and Dutch governments worked with German coffee company Neumann Kaffee Gruppe and three European banks to provide a $ 25 million loan to small farmers in Colombia, Kenya, Honduras, India, Indonesia , Mexico, Peru and Uganda for sustainable coffee production. Banks initially rejected the proposal because small farmers are typically excluded from financial services and therefore unable to prove their creditworthiness, making them a high risk group for commercial lenders.

But banks joined the program after the Dutch government and Neumann Kaffee Gruppe agreed to cover the first 10% of losses if it fails, with the US government absorbing 40% of the remaining losses.

Critics will say that each country should be responsible for reversing the rising trend in hunger through national policies. While this may be true, other issues such as GHG emissions cannot be solved by a country or region alone, and must be addressed and funded globally.

Saving the planet should not come at the expense of feeding the poor, and vice versa. If governments take action, it is not yet too late to end hunger by 2030.