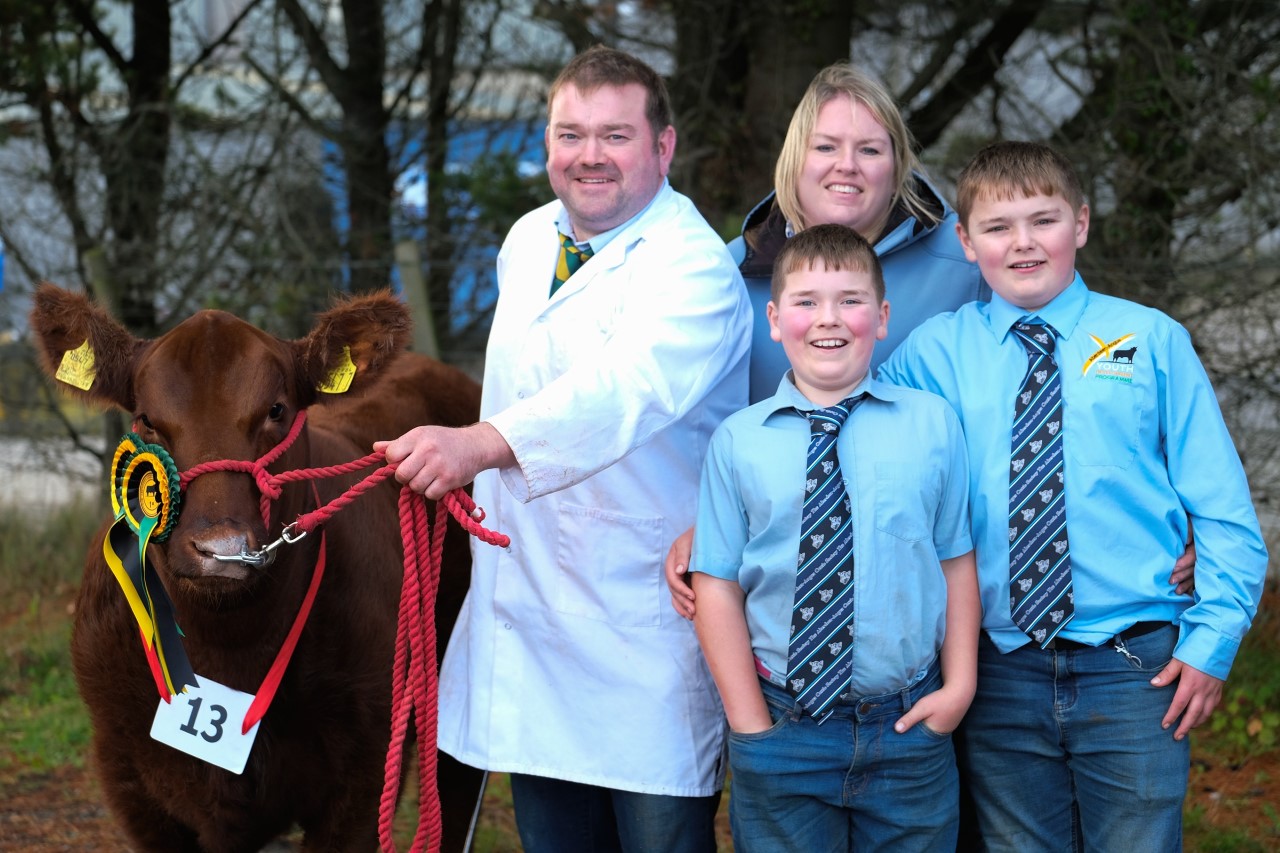 The event saw the participation of a number of ‘red enthusiasts’, including William Dodd, who farms near Saintfield in County Down. He has been raising red Aberdeen Angus cattle for 12 years.

“Demand for the breed is now increasing strongly across Ireland, the UK and the rest of Europe,” he said.

“Many commercial dairy producers want to operate a red Aberdeen Angus bull with heifers. First, they produce a slightly smaller calf. Bulls also mark the color of their offspring.

“Red bulls are easier to see in a field when running with a group of black and white heifers. There is therefore a distinct health and safety benefit to be gained from using them in this way.

Strong demand for red Aberdeen Angus was also reflected in the prices paid.

Glenbrae Red Maverick X164 had already won the ‘Best of Opposite Sex’ award at the 2022 Balmoral Show. It was 18 months old on the day of the sale in Scotland.

“Regardless of color, Maverick is a terrific calf and will do well in any breeding situation,” William confirmed.

Europe turns out to be out of step with the rest of the world, where red Aberdeen Angus cattle predominate.

It is the predominant Angus option in the United States, Canada, South America and Australia.

Red is a natural color trait within the breed; it is not a mutation.

It is true that black cattle have been chosen as the choice bloodlines in the UK and Ireland for many generations.

Genetic evaluation has confirmed that apart from coat color, Red Angus animals are identical to the Scottish population of Aberdeen Angus cattle. Today, red Angus cattle are registered separately from black Angus cattle in Australia, Canada and the United States.

Red Angus cattle are naturally polled. Adult bulls have an average live weight of 935 kg; the equivalent figure for cows is 635 kg.

Scottish Angus is usually black, but red individuals appear. This may be the consequence of the 18th century crossing of small Scottish cattle with a larger stock of English Longhorn, aimed at increasing their draft power.