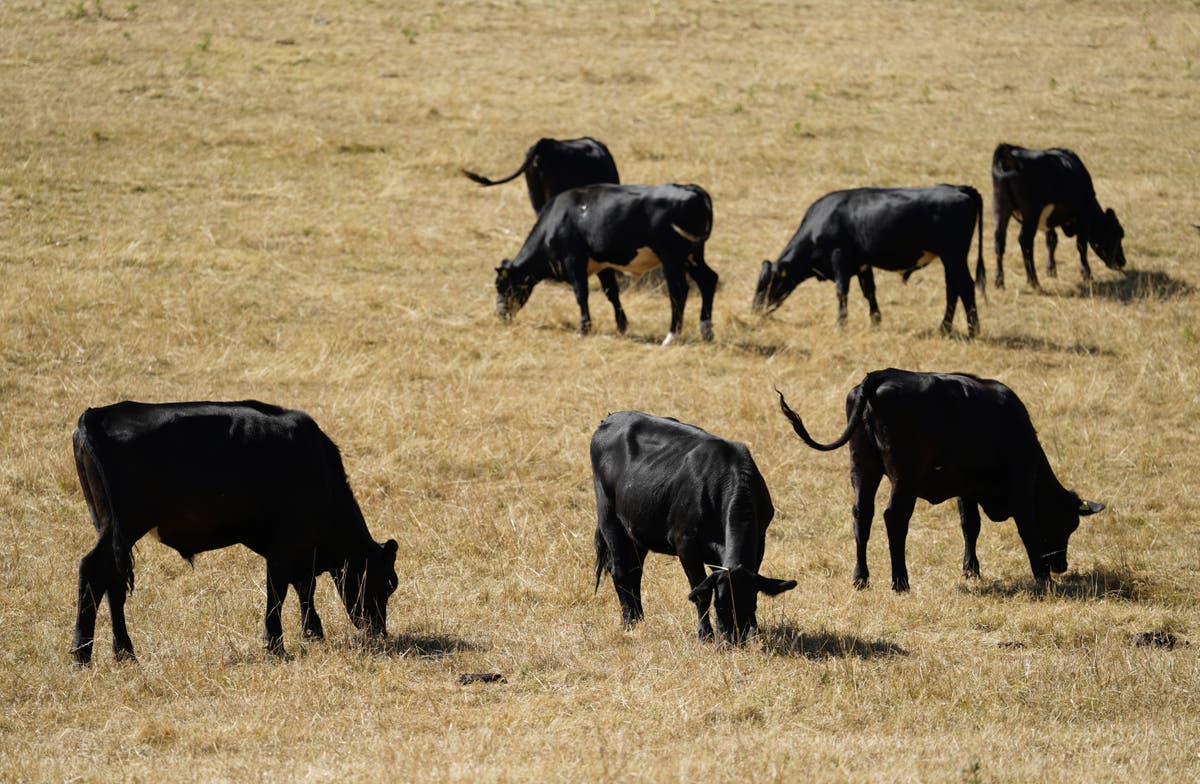 The driest weather in decades has forced the relaxation of strict environmental rules allowing farmers to make it easier to feed and graze their animals, the government has announced.

The temporary changes mean that farmers will have the opportunity to relax the guidelines of their agri-environment scheme agreements and make it easier to feed livestock.

The Department for Environment, Food and Rural Affairs (Defra) said the changes come into effect immediately and will last until the end of the year.

This means that farmers participating in Countryside Management or Environmental Management programs will be able to cut or graze additional areas to help alleviate shortages of litter, forage, pasture or forage crops.

Buffer strips and corners of the pitch may also be cut early following the changes.

Forage crops are also affected as less silage is produced and farmers are feeding their livestock now instead of saving them for the winter months.

The changes come as the Environment Agency has declared drought status for large parts of England.

Environment Secretary George Eustice said: “We are better prepared than ever for these unprecedented drought conditions, but many farmers are concerned about water supplies and the impact on their crops and livestock. .

“So we are introducing temporary easements on agri-environment schemes to give them the flexibility to react.”

Defra said it was continuing to assess the impact of the dry weather and was considering taking further action in the coming weeks.

NFU Vice President David Exwood said: “The situation on the ground continues to be extremely difficult across all agricultural sectors.

“With nine regions of the country officially in drought, many farmers and producers are facing severe impacts ranging from shortage of irrigation water to using winter feed now to feed livestock – in short, increased costs in agriculture.

“The measures announced by the government provide welcome options for holders of Country Stewardship and Environmental Stewardship Agreements.

“This significant waiver, called for by the NFU, will provide some relief to livestock businesses that are already using vital winter feed supplies at a time when on-farm costs continue to rise significantly.”

Mr. Exwood also welcomed the Rural Payments Agency’s announcement that further funding rounds for the Water Management Grant will open in the fall.

“But we would like to see Defra regulators working together more effectively to ensure permissions and licenses are issued alongside funding approval,” he said.

“The weather conditions of the past six months have highlighted the urgent need for the government to take our national food production and resilience seriously by ensuring that all departments in Whitehall give due consideration to the impact of environmental policies on the country’s ability to produce food.

“While some areas are currently experiencing torrential downpours, many agricultural sectors continue to be affected by the dry weather, and we will continue to monitor the impacts on UK food production immediately and over the longer term.”