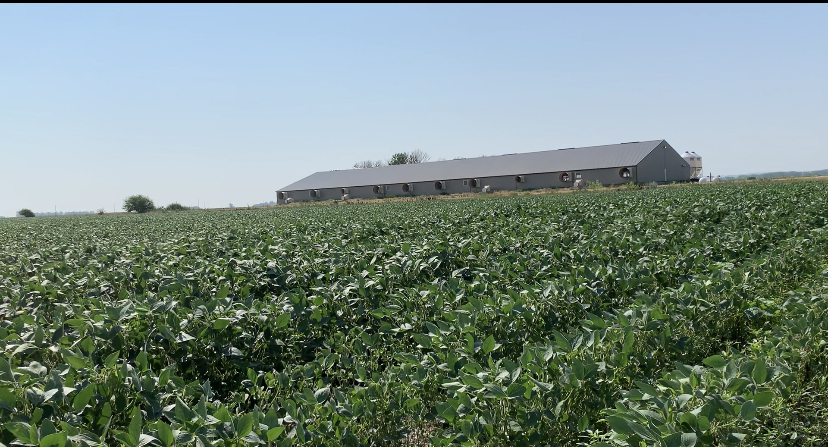 HURLEY, SD (KELO) – As if the coronavirus pandemic hasn’t weighed enough on the pork industry, producers are now facing challenges posed by drought.

Last year there weren’t enough workers to work at the slaughterhouse because of the pandemic.

â€œIn my lifetime, I never thought we would see something like this,â€ said Steve Schmeichel, co-owner of Schmeichel Farms.

Smithfield announced the temporary COVID-19 shutdown a year ago today

But this year he has to tackle new concerns about profitability during the drought.

Schmeichel operates a diverse farm in Hurley, raising pigs, cattle and crops. They use their grain to feed the cattle.

Pork producers face the same challenges as cattle producers, Schmeichel said. The cost of production is the key to whether the operation can be profitable.

â€œWe certainly hope for a bountiful harvest because we realize that when there is not enough corn or soybeans, grain prices go up,â€ he said. “So we have great concerns, especially right now looking at what was maybe a little shorter last year than most people thought.”

Now the producers are in a drought. Even though they have received rains in recent days, Schmeichel said it was essential as crop pollination is taking place right now. Heat is also something that affects pollination.

Producers fear they will have enough corn to make a profit and feed their livestock.

Having a diversified farm has helped the farm as they can grow their own grain and have some land of their own, which lowers their production costs a bit, he said. But, they must always have a price that allows them to make a profit.

Being diverse has its advantages, but it can also lead to difficult decisions for producers. They must decide how much grain they will need to withhold and save to feed their livestock.

â€œTypically we would sell some of it, but we kind of stopped doing it because we can’t,â€ he said. â€œWe have to make sure we have enough grain.

Schmeichel said there will be grain in some places, but if they have to get it shipped, it could come at high prices.

He hopes for more rains in July and August to complete their row crops and create enough fodder for the animals.

The main factor is grain prices.

Inside KELOLAND: Drought in South Dakota

Over its lifetime, each pig will consume 10 to 12 bushels of corn and about 150 pounds of soybean meal, along with vitamins and minerals, Schmeichel said. This is why it is essential that soybean and corn crops produce well so that producers can continue to raise their pigs.

â€œSo when you start adding up the numbers, you still need grain so that we can feed them and do a good job,â€ he said.

Schmeichel hopes the pork industry doesn’t get to the point where it has to sell hogs sooner than usual.

â€œWe had such disruptions last year in our industry in the harvesting plants and this is probably one of the most critical things that has happened,â€ he said.

Meanwhile, Schmeichel said many people have to put their pigs on a diet and sell pigs at prices that lead to losses in order to keep their production systems running.

â€œHopefully we don’t get to the point where corn and soybeans get so expensive that we can’t afford to feed it to our animals, because at the end of the day the loser will be the consumer because it is is food for their table at a reasonable price, “he said.

The heat is another struggle that pork producers face. Pigs do not sweat, so producers must have cooling systems, which include foggers, so that whenever the temperature rises above 82 or 83 degrees, the foggers turn on to cool the pigs.

â€œPigs have a pretty comfortable environment, it’s like being in an air conditioning system, we have a lot of air moving with the fans, but we have to cool them,â€ said Schmeichel.

Pigs should also be cooled when loaded for transport. Before each load leaves the yard, they are cooled with water.

During the drought season, the pork industry has been fortunate enough to be able to stay cheaply in the pork market, even with high corn prices, Schmeichel said.

If the drought had occurred last year, it would have been extremely difficult to stay in business, he said. With the current prices they are able to make a profit which is better than last year.

Half of South Dakota in severe drought

â€œWe have never lost so much money than we did back then,â€ said Schmeichel.

During the pandemic, he had to get creative when it came to selling pigs. They sold their pigs to seven or eight different states and all kinds of different markets.

Schmeichel was fortunate not to have to euthanize any of his animals.

“It’s a difficult thing to do, having an animal that you raised and created for people’s food and having to euthanize them and then not being able to use them wouldn’t have made a lot of sense,” he said. -he declares. . “So we sold them and it just wasn’t for profit and that’s what we had to do to be able to keep things going.”

The industry has been able to rebound since the start of the COVID-19 pandemic, Schmeichel said. They saw a huge demand in the retail market. But, some local lockers are already full for the whole of next year.

There was a great demand for pork, he said, as many people decided to eat at home.

“I think in the long term for the pork and beef industry it will be better because the demand will remain high and we have found that a lot of people can cook at home as well,” he said.