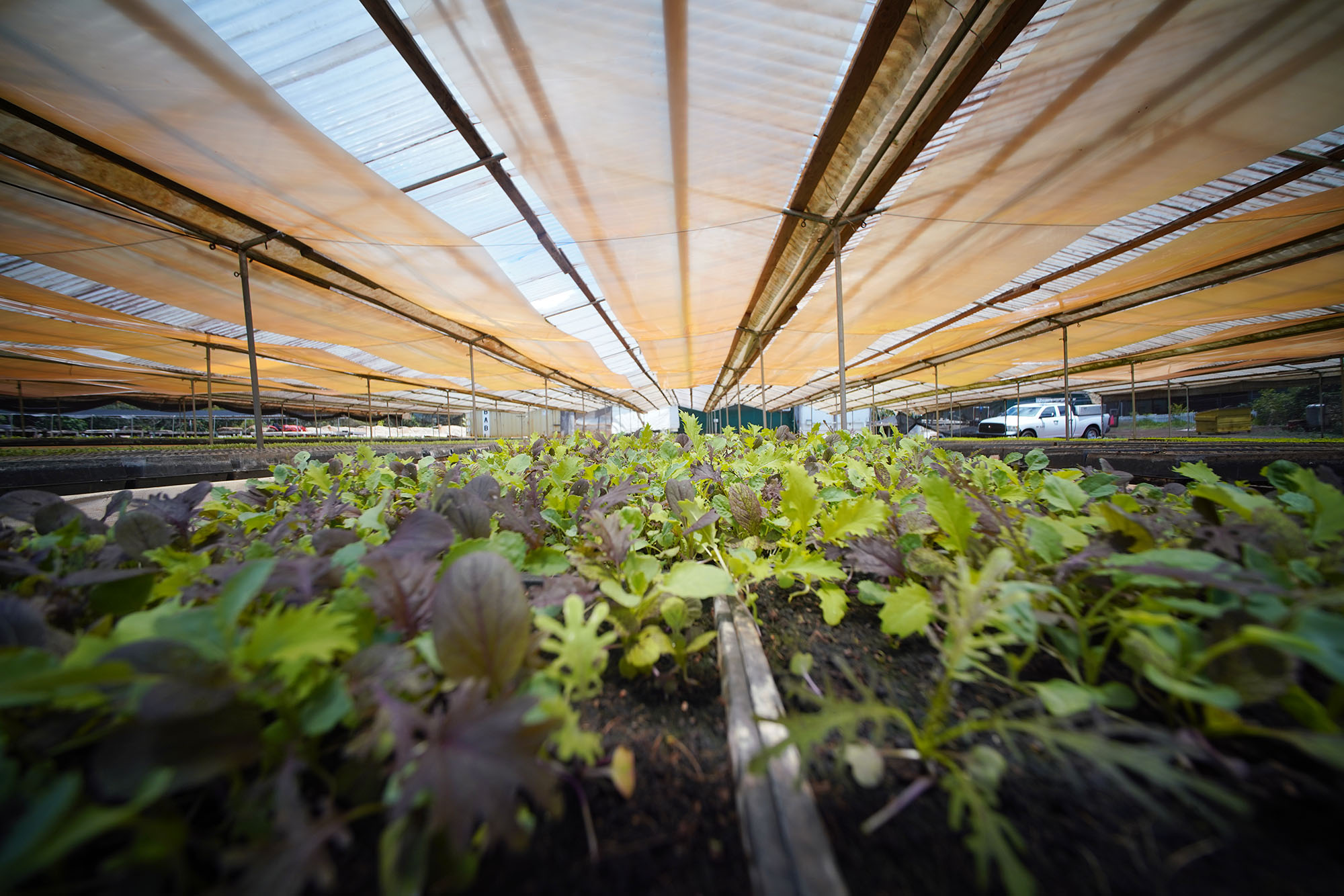 Mainland visitors are willing to pay more for local food while vacationing in Hawaii to help the state become a more sustainable tourist destination, according to a new study by researchers at the University of Hawaii.

This is good news for local farmers, ranchers and other food producers, as well as restaurants promoting farm-to-table menus.

But to reduce our reliance on food imports – around 90% of our food is imported – and truly support the agricultural industry on the islands, the commitment to buy local needs to have more impact.

This means we all need to support local agriculture. Not just visitors – there were a record 10 million in 2019 – but all of us.

The purchase must be significant. There can’t be a single restaurant in Chinatown that orders small bags of micro-vegetables from a local farmer twice a month. That’s not enough to sustain even a secondary hustle, let alone a full-time farming operation.

Where I see a solution – and it is a solution that is already in motion – is for restaurant chains and hotels to commit to sourcing as much as possible from local food producers.

Visitors need to eat, and if they’re willing to pay extra or more for locally grown food – as 78% of 454 respondents to the study published in the Journal of Hospitality and Tourism Insights said they would do – restaurants and hotels can recoup the cost of buying local produce, which tends to be more expensive than meats, eggs, and imported produce sold at wholesale prices.

It is already happening. Zippy’s Restaurants, which has 24 locations on three islands and plans to open in Las Vegas in 2023, switched to using local beef in its popular chili, burger patties and spaghetti in 2010.

Today, the restaurant chain makes about 100 tons of chili per month on average, says Jason Higa, CEO of Zippy’s parent company, FCH Enterprises. In 2020, Zippy’s used more than 70,000 pounds of ground beef per month to make its chili and meat sauces, about half of which came from local ranchers. (It’s more of a supply issue than a demand issue.)

“As much as we can source locally, we will,” Higa said. “And in almost all cases, it’s at a higher price. But I think our customers are ready to support local agriculture.

Plus, Zippy’s sources all of its eggs—think all those loco mocos—from Eggs Hawaii, noodles from Sun Noodle, and tomatoes and papayas from local farms. And since 2018, the restaurant chain has worked with Kunia Country Farms in central Oahu to supply all of its lettuce and salad greens. According to owner Jason Brand, the deal has not only increased revenue for the farm, which grows its greens aquaponically, but it has provided the security of a consistent buyer and allowed the farm to grow from 45%.

It’s a win-win situation – for the restaurant, the farm and the person who eats locally grown fresh vegetables.

“We would like to buy more locally, but given the size of our operation, it’s not always operationally or financially viable, but when we can, we’ll choose local,” says Kevin Yim, vice president of the marketing at Zippy’s. “We believe that buying local supports local jobs and is an important part of our sourcing process.”

Hotels are also buying more locally grown produce and meats. And since they feed thousands of people a day – the vast majority of whom are visitors who expect (or are willing) to pay more for food while on vacation – these hotels buy significant amounts of food from local farms, who need large accounts and consistent orders to survive.

According to the Hawaii Department of Business, Economic Development and Tourism, visitors to the islands in 2021 spent $2.7 million on food and drink, most of which was at restaurants. Food was the second biggest expense for visitors behind accommodation.

I remember visiting the kitchen at the Royal Hawaiian in Waikiki in 2018 with then-executive chef Colin Hazama, who oversaw the hotel’s culinary operations, which included two restaurants, a beachfront bar, a bakery and a luau that operated four nights a week.

He said that at the time, the hotel worked with more than 30 local farms, using asparagus from Twin Bridge Farms in Waialua, oysters from Kualoa Ranch and Manoa lettuce from Mari’s Gardens in Mililani. About 60% of the food served at the hotel was grown in Hawaii. The shelves of one of the walk-in refrigerators were filled with boxes from Ho Farms in Kahuku, Hamakua Mushrooms in Lapahoehoe and Kawamata Farm in Kamuela. “See,” he told me then. “We really buy from local farms.”

James Beard Award-winning chef Roy Yamaguchi has been supporting Hawaii’s farmers, ranchers and fishers for decades. It sources from more than 60 different local suppliers for its 10 restaurants on four islands. You’ll see Kona kampachi on the menu at Eating House 1849, Kula mesclun at Humble Market Kitchin (STET) and wild boar at Roy’s Waikoloa.

“In almost all cases, it’s at a higher price. But I think our customers are ready to support local agriculture. — Jason Higa, CEO of FCH Enterprises

Robynne Maii — who won the James Beard Award for Best Chef: Pacific Northwest this year, Hawaii’s first female chef to do so — built her restaurant, Fete, around sourcing locally. She says that, every day, around 75-90% of the produce she uses and 90% of the meat, dairy and seafood are local. In fact, if she can’t find an ingredient, she changes the menu.

“We are working very hard on it,” she says. “And it’s not easy because of supply issues. But it’s important to us. »

And that should be important to all of us.

While the state government, one of the biggest buyers of food, supplying schools, prisons and hospitals, can do better by buying local – and it does; a law passed last year requires public schools statewide to source at least 30% of school lunch ingredients from local producers by 2030 — there are other meaningful ways to support the local agriculture.

But we can’t just leave it up to visitors to support our local farms and restaurants. We must do the same. Make sustainable choices when dining out. Shop at farmers markets. Sign up for a CSA.

And agree to pay more. It’s worth it.

“Hawaii Grown” is funded in part by grants from the Stupski Foundation, the Hawaii Community Foundation’s Ulupono Fund, and the Frost Family Foundation.

Sign up for our FREE morning newsletter and face more informed every day.