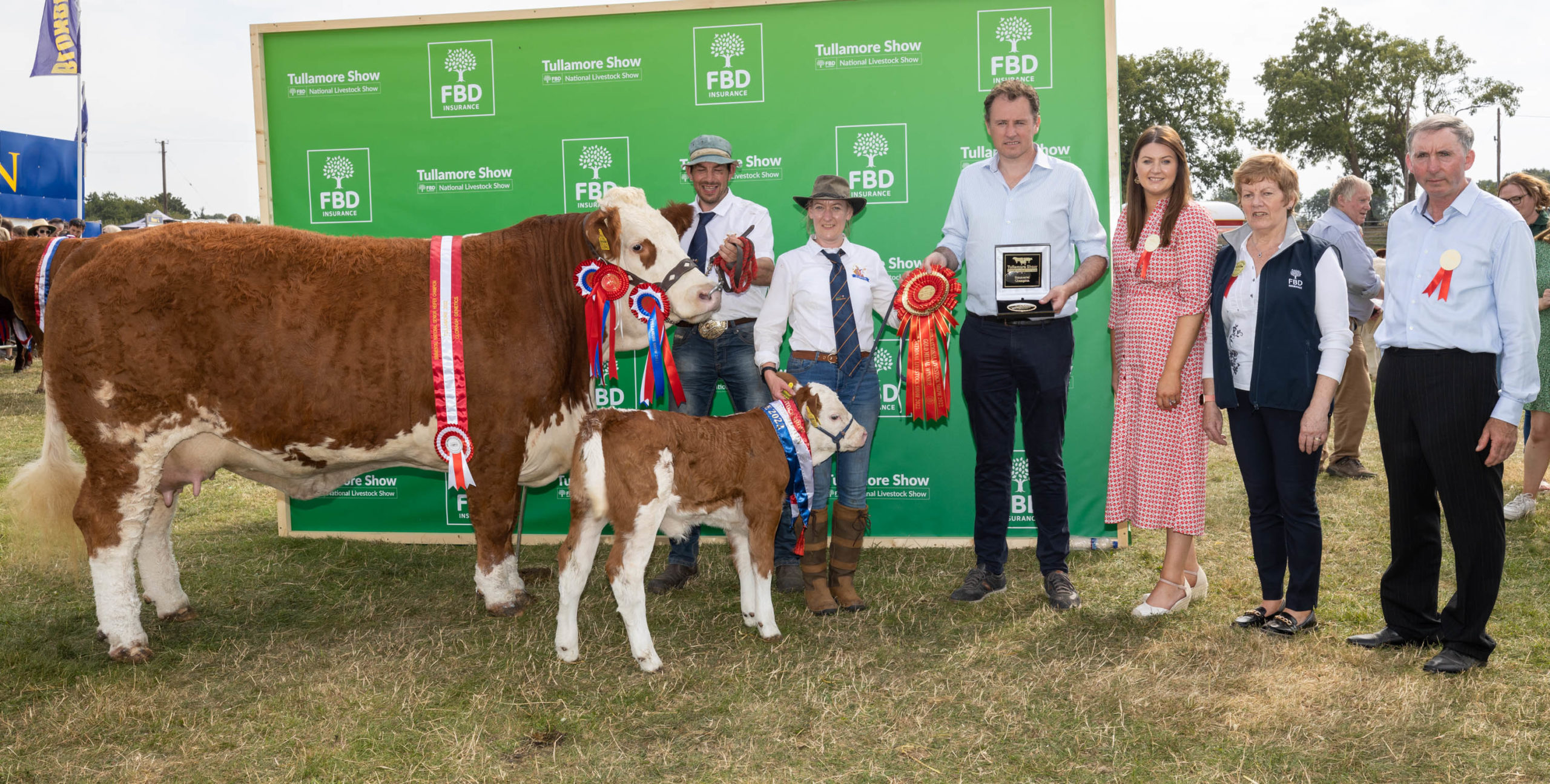 The Tullamore Show and the FBD National Livestock Show took place on Sunday August 14 and, according to show organizers, “over 60,000 people attended”.

Judging in the pedigree and commercial cattle section began at 10:00 a.m. sharp and throngs of people and cattle basked in the August sunshine on the show ground at Blue Ball, Co. Offaly.

Livestock judges selected winners from approximately 230 classes in the show’s pedigree and commercial livestock sections and by 4:30 p.m. all classes had been judged.

The breed and class champions were then invited to the parade ring for the presentation of the FBD National Breeding Show Parade Champions Medal.

Agriculture, Food and Marine Minister Charlie McConalogue presented the winners with their awards.

The Charolais, Hereford, Simmental and Limousin breed societies staged their respective national shows at the event yesterday, all of which saw intense competition in the classes.

One of the most impressive statistics from the cattle show was the performance of Garrett Behan’s Clonagh herd which won a grand total of 26 rosettes out of the 18 cattle the award-winning herd produced at the show.

In the Limousin section, the impressive heifer calf of County Wicklow man Kelley Stephenson was awarded the title of Limousin Show Champion. Oldcastle man William Smith won the reserve award in this category.

No stranger to the show ring, John McEnroe’s Liss Angus Herd won the Angus Champion award at the show.

The must-have cow Liss Kim S641 won the Senior Women’s, Women’s Overall and Supreme Championship. This rising six-year-old cow is no stranger to the Blue Ball venue after placing first in the junior cow class and winning the senior reserve title at the last Tullamore Show in 2019.

In addition, she won the junior championship at the 2018 show as a pregnant heifer.